Should You Replace Your Toothbrush After You Are Sick? 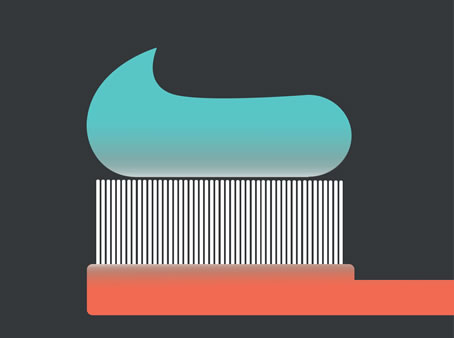 It’s that time of year when a lot of us are getting sick and trying to keep our kids well. After you have had such an illness, should you replace your toothbrush? Can you get the same thing you just had again, because of your toothbrush? Read on to learn more, and thanks for visiting us at Saddle Rock Pediatric Dentistry of Aurora, CO.

Do toothbrushes need to be replaced after you suffer from a cold, the flu, or a bout of strep throat? Not always, according to a study presented May 4 at the Pediatric Academic Societies annual meeting in Washington, DC.

Some healthcare professionals advise parents to toss their kids’ toothbrushes if they have been diagnosed with strep throat. Researchers from University of Texas Medical Branch (UTMB) at Galveston wanted to determine if that advice is warranted.

First, they tried to grow group A streptococci (GAS) — the bacteria that causes strep throat — on toothbrushes that had been exposed to the bacteria in a laboratory. The bacteria did grow and remained on the toothbrushes for at least 48 hours.

Surprisingly, two new toothbrushes that were not exposed to GAS and served as controls also grew bacteria even though they had been removed from their packaging in a sterile fashion, the researchers noted in a press release. An adult-size toothbrush grew gram-negative bacilli, and a child-size toothbrush grew gram-positive cocci, which was identified as Staphylococcus. Since this was not the main focus of the study, the researchers did not investigate this finding further.

Next, they investigated whether GAS would grow on toothbrushes used by children who had strep throat. Fourteen patients who were diagnosed with strep throat, 13 patients with sore throats without strep, and 27 well patients ages 2 to 20 years were instructed to brush their teeth for one minute with a new toothbrush. Afterward, the toothbrushes were placed in a sterile cover, taken to a lab, and tested for GAS growth.

GAS was recovered from only one toothbrush, which had been used by a patient without strep throat. The other study toothbrushes failed to grow GAS but did grow other bacteria that are common in the mouth.

“This study supports that it is probably unnecessary to throw away your toothbrush after a diagnosis of strep throat,” said co-author Judith Rowen, MD, an associate professor of pediatrics in the department of pediatrics at UTMB, in the release.