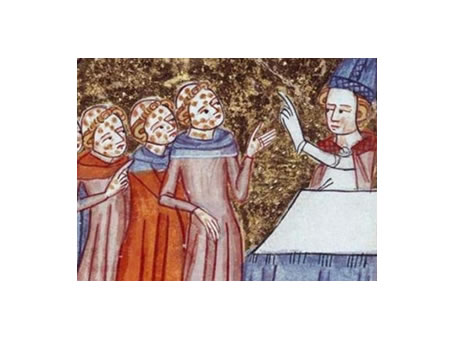 It is amazing some times what scientists can recover. Can you believe that dental pulp survived within skeletons who were 1,500 years old? It goes to show just how amazing teeth are, and why we should take good care of them! Thanks for visiting us at Saddle Rock Pediatric Dentistry of Aurora, CO. Enjoy reading!

You may remember having learned about the Black Death in high school—a plague that ravaged medieval Europe during the 14th century, decimating between 30-60% of the continent. But did you know that that the Black Death had an equally malicious predecessor during the Roman Empire? In the year 541, the Justinian plague (named after the Roman emperor who ruled at the time) struck, killing an estimated 50 million people and leading partially to the downfall of the Roman Empire. No joke.

Now, let’s fast forward to modern day: Housing developers digging up farmland outside of Munich were shocked to say the least, when they uncovered a burial site with graves dating back to the Byzantine Empire. Skeletons were all that were left of the plague victims—but inside their teeth was dental pulp that still contained traces of blood, which in turn contained the DNA of the plague bacteria. By decoding the bacteria’s DNA, scientists at the Northern Arizona University and the Ancient DNA Centre at McMaster University in Ontario, have reconstructed the genome and concluded that the Justinian plague was caused by a strain of Yersina Pestis—the same microbe that later caused Europe’s black death.