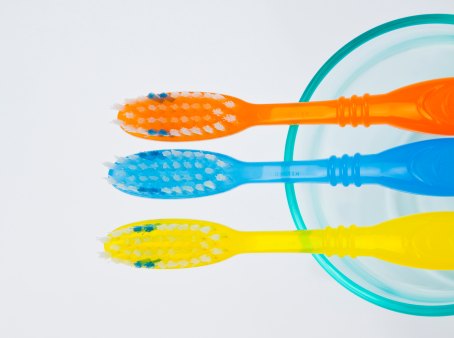 Guidelines have changed regarding when to start using fluoride toothpaste with children. Starting the use of fluoride and proper brushing at an early age is crucial, and should reduce a lifetime of disease. Read on to learn more, and thanks for visiting us at Saddle Rock Pediatric Dentistry of Aurora, CO.

To fight the rising number of cavities in the very young, the dental group now advises getting a jump-start on prevention. However, they emphasize only the tiniest amount of fluoride toothpaste should be used to minimize the risk of mild discoloration, white spots or streaking of the teeth, a condition called fluorosis that is caused by ingesting fluoride toothpaste at a young age.

“We want to minimize the amount of fluoride consumption to reduce the risk of fluorosis while simultaneously adding a preventive tool for kids 2 and under that we haven’t recommended previously,” said Dr. Jonathan Shenkin, a spokesman for the A.D.A. and a pediatric dentist in Augusta, Me. Only a tiny amount of toothpaste should be smeared on the brush since some youngsters are likely to ingest some of the fluoride, he said.

The change comes after a systematic review of 17 studies published in The Journal of the American Dental Association this month. It concluded that scientific evidence, though limited in children under age 6 and more robust in older children, demonstrated that fluoride toothpaste is effective in controlling tooth decay, and that “the appropriate amount” should be used “by all children regardless of age.”

An early start is crucial, Dr. Shenkin said, because children with dental decay are at greater risk of developing cavities as adults. “By starting earlier, we can effectively reduce a lifetime of disease for a lot of kids.”