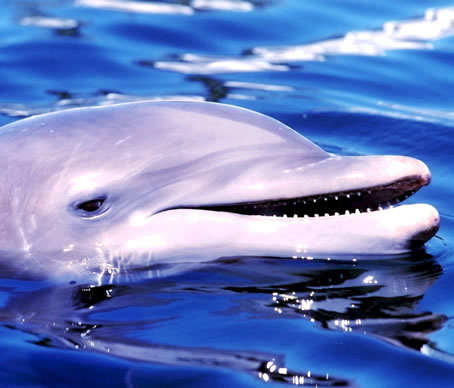 It’s hard to believe, but a dolphin actually had some dental work done, and without anesthesia! Read on to learn more about this fascinating story. Thanks for visiting us at Saddle Rock Pediatric Dentistry of Aurora, CO.

A dolphin in a Hong Kong water park suffering from general dental abrasion has had extensive dental surgery.

One damaged tooth was repaired and 18 others were treated to improve the dolphin’s bone structure for root canal treatment. X-rays of the dolphin’s teeth showed signs of inflammation that was causing it discomfort. The unusual surgery lasted several hours and was done without anesthesia.

Dr. Tutt, who has treated the dental problems of panda bears and sea lions, said that, previously, the only solution would have been to extract the dolphin’s teeth. But special dental cement that is now available made it possible to recreate the dolphin’s bone structure surrounding the root.

Veterinarians had spent months helping the dolphin get used to keeping its mouth open and letting them take x-rays. They used mockup x-ray machines and electric toothbrushes so the animal would understand that the operation wasn’t dangerous.