Do Americans Eat and Drink Too Much Sugar? 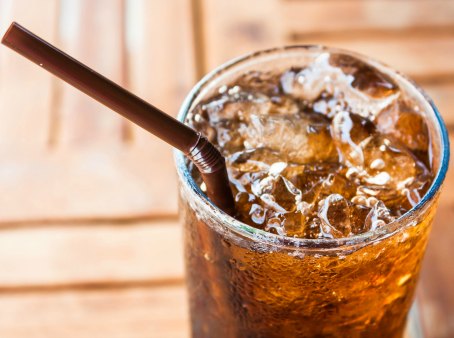 In America, we definitely consume too much sugar, and likely feed our children more sugar than we intend to. Read on to learn about how much sugar is recommended in an average person’s diet. Thanks for visiting Saddle Rock Pediatric Dentistry of Aurora, CO.

Faced with mounting evidence about sugar’s harms, the 2015 Dietary Guidelines Advisory Committee this month recommended that people in the U.S. limit added sugars to a maximum of 10% of their total daily calories.

The recommendation — from the group responsible for MyPlate – will be part of a scientific report submitted in early 2015 to the secretaries of the Departments of Health and Human Services and Agriculture, who will use it to update the official Dietary Guidelines for Americans.

On average, Americans get about 16% of their daily calories from added sugars, according to the FDA. Earlier this year, the agency proposed changing the Nutrition Facts Label to tease out added sugars from the total sugar content in foods and drinks.

On a 2,000-calorie-a-day diet, 10% of calories from added sugar represents an amount equal to a dozen teaspoons right out of the sugar bowl — not that people are dumping that much sugar on top of their breakfast cereal or into their lattes.

“Just as most dietary sodium does not come from the salt shaker, most dietary sugar does not come from the sugar bowl,” writes James DiNicolantonio, PharmD, from the preventive cardiology department at Saint Luke’s Mid America Heart Institute in Kansas City, MO. He co-wrote a review article in Open Heart, an open-access online journal from BMJ and the British Cardiovascular Society.

Naturally occurring sugars in whole foods such as fruit are of no concern, DiNicolantonio writes, but “added sugars probably matter more than dietary sodium for hypertension, and fructose in particular may uniquely increase cardiovascular [heart and blood vessel] risk.” Dietary guidelines should shift focus away from salt and more toward added sugars, he writes.

A typical 20-ounce bottle of sugar-sweetened soda has 15-18 teaspoons’ worth of sugar, although you might not see that word on the label. Other names for added sugars include high-fructose corn syrup, fruit juice concentrate, molasses, honey, and sucrose.