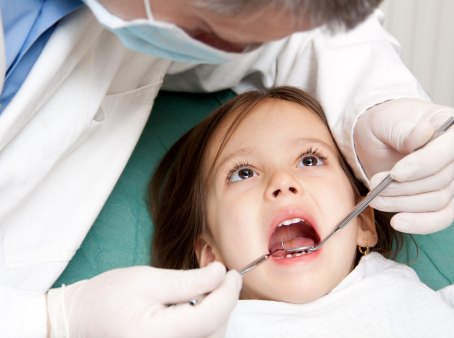 Children who have enamel hypoplasia are more likely to develop caries, which is severe tooth decay. Enamel hypoplasia is a condition in which tooth enamel lacks the minerals needed to strengthen it and shield it from decay. Because of this, teeth are more susceptible to decay. Children who have such a condition require more dental monitoring. Read on to learn more, and thanks for visiting us at Saddle Rock Pediatric Dentistry of Aurora, CO.
As dentistry becomes more personalized and the emphasis on prevention grows, so does the need to find out which patients will need more frequent visits and extra monitoring. A new study has focused on the developmental defects of enamel found in some patients and how they relate to dental caries.

An international team of researchers from New Zealand and Australia and led by a Brazilian researcher with the postgraduate program in epidemiology at the Federal University of Pelotas stated their conclusions clearly (Journal of Dentistry, May 2014, Vol. 42:5, pp. 540-546). “Dental caries experience was more common among children who had enamel hypoplasia in their posterior teeth than among those with none,” they wrote. “In anterior teeth, there was no association. Enamel hypoplasia appears to be an important risk factor for dental caries.”

Dental research has been focusing on the two main characteristics of patients linked to their likelihood of developing caries: sociodemographic background and biological makeup. The researchers cited a study that concluded that caries were most common in the first molars at age 9 and was, in fact, the site of the most prevalent caries occurrence at all ages (British Dental Journal, October 11, 2013). In addition, they turned their attention to classifications of common developmental defects of the enamel, demarcated opacities, diffuse opacities, or hypoplasia. Early diagnosis of these conditions is important to caries management in these populations so that improvements in the function and appearance of their dentition, while preventing future issues, can be delivered.

“Accordingly, the aim of this study was to determine whether an association exists between enamel defects (whether opacities or enamel hypoplasia) and dental caries among 8- to 12-year-old schoolchildren,” the researchers explained.