A Glass of Milk After Sugary Cereals May Prevent Cavities 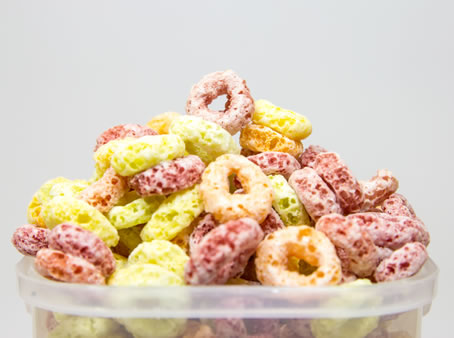 Mornings can get very busy, trying to get kids to school and grownups to work. Cereal is always a quick and easy go to food in the morning, and is also provided frequently as a snack in dry form. The following research shows that drinking milk after eating sugary cereals may help to prevent cavities, as compared to not drinking milk afterwards. Read on to learn more, and thanks for visiting Saddle Rock Pediatric Dentistry of Aurora, CO.

Washing down sugary breakfast cereal with milk after eating reduces plaque acid levels and may prevent damage to tooth enamel that leads to cavities, according to new research at the University of Illinois at Chicago College of Dentistry.

Dry ready-to-eat, sugar-added cereals combine refined sugar and starch. When those carbohydrates are consumed, bacteria in the dental plaque on tooth surfaces produce acids, says Christine Wu, professor of pediatric dentistry and director of cariology, who served as principal investigator of the study.

The research is published in the July [2013] issue of the Journal of the American Dental Association.

Reports have shown that eating carbohydrates four times daily, or in quantities greater than 60 grams per person per day, increases the risk of cavities.

Plaque pH, or acidity, was measured with a touch microelectrode between the premolar teeth before eating; at two and five minutes after eating; and then two to 30 minutes after drinking a liquid.

The pH in plaque dropped rapidly after consuming cereal alone, and remained acidic at pH 5.83 at 30 minutes. A pH below 7 is acidic; a pH greater than 7 is basic. Pure water has a pH close to 7.

Participants who drank milk after eating sugary cereal showed the highest pH rise, from 5.75 to 6.48 at 30 minutes. Those who drank apple juice remained at pH 5.84 at 30 minutes, while water raised the pH to 6.02.

Fruit juices are considered healthy food choices, but the added sugar can be a risk to dental health, Wu said.