8 Animals with the Strangest Teeth You’ve Ever Seen 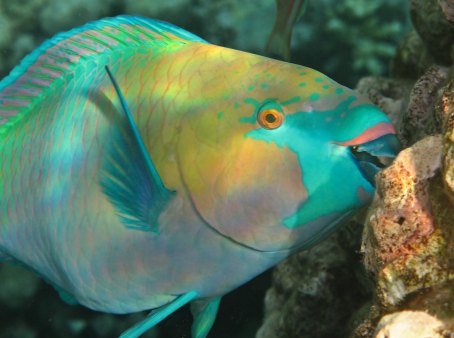 Below is a fun article with several animals who have very strange teeth! Be sure to click through at the end to see pictures of these amazing creatures. Thanks for visiting us at Saddle Rock Pediatric Dentistry of Aurora, CO.

Teeth. We spend a vast portion of our time thinking about them, treating them and studying them. But how much do we know about the teeth of other creatures? Incisor investigates some of the most unique and creepy sets from across the globe. Check out our list of chompers ranked (arbitrarily) by oddness.

(Spoiler: did you know some animals grow teeth on their tongues? Neither did we!)

The Dragonfish resides primarily in the North and Western Atlantic Ocean in very deep waters (up to 5,000 feet below sea level) that lack any light or plant life. Feeding on mostly small fish and crustaceans, the Dragonfish must rely on its large, powerful jaws and fanglike teeth – some of which actually grow on its tongue – to capture prey.

The Dragonfish also produces its own light source through a chemical process known as bioluminescence. Because much of its prey are also capable of producing their own light, the walls of the Dragonfish’s stomach are black to ensure these lights are concealed while its meal is digested.

Look scary? Fear not – this specimen is a mere 1 inch long.

The Promacotheuthis Sulcus Squid is extremely rare and is known only from a single specimen. While its teeth appear eerily human, they are not, in fact, teeth but “lips” that help protect the animal’s

The Sheepshead Fish takes the cake for teeth most eerily reminiscent of our own. Our heads are still spinning from our scary tooth-twin.

Boasting multiple rows of (not so pearly) whites – some even sprouting from the roof of its mouth – a fully grown adult Sheepshead Fish will grow incisors and three rows of molars in the upper jaw, and two in the lower. These robust teeth are used for crushing the shells of its prey.

Also known as a Sand Puppy or Desert Mole, the Naked Mole Rat is native to East Africa. With a lifespan of up to 31 years, this hairless creature is not just unique for its longevity. Its large, protruding teeth are used for digging and mining purposes. Its teeth are actually attached outside the lips – thus keeping soil from filling their mouths as they dig. Naked Mole Rats are also extraordinary as they have never been recorded as having a single instance of cancer.

These unique creatures can be found around the coast of Antarctica and have arguably the most unusual tooth shape in existence. However, don’t let the Crabeater Seal’s name mislead you. This animal’s diet is 90 percent Antarctic krill! Its krill-filtering teeth act like a type of sieve: when the seal takes in a gulp of water and then closes its mouth, the water runs out through the openings in its teeth, leaving just the krill. Decadent!

This fish owes its name to its parrot-like dentition. Its numerous closely-packed teeth resemble a beak through which they feed on algae.

Continue reading HERE and to see pictures of each of these amazing animals!